I’ve learned something recently: In the Church, many of us haven’t been preached the full gospel of Jesus Christ. We’ve been given a partial gospel; a partial understanding of what was actually achieved when Love hung on a bloody cross 2,000 years ago. We have been taught a gospel of salvation rather than a gospel of the kingdom. We have been taught that Jesus died for the sins of our past, but the present and future are now our “battle ground”…the place where we “prove” our salvation, in a sense, as Jesus helps us along from time to time. We are mere sinners-saved-by-grace and the best we can hope for is to finish our race on this earth and experience the bliss of God and a completely sinless state on the other side of heaven. Does any of this sound familiar to the teachings of your childhood?

The thing is, that isn’t what Jesus died for us to believe. In Matthew 3:2 Jesus didn’t proclaim, “Repent for salvation is near!” He said, “Repent for the KINGDOM of heaven is at hand!” Believe it or not, there is a massive difference between those two statements and ultimately a huge difference between the theology created by them. Salvation is a by-product of the Kingdom, but it is not the Kingdom alone. To preach salvation as the gospel, is to preach a partial gospel; it is to show an aspect of the Kingdom, but not actually lead people INTO the Kingdom. My pastor says it this way, “Many people repent enough to see the Kingdom, just not enough to enter it.”

To preach the gospel of the Kingdom is to preach the life lived by Jesus both as He walked the earth, as He died, and as He is resurrected. His existence IS the Kingdom, that was why He was able to declare that it was “at hand” or right in front of them as He was walking through the crowds. He IS salvation, but true salvation is not the promise of going to heaven when we die, it is the promise of an entirely new nature provided through the Spirit of God released after His death. In Jesus and Holy Spirit is the fullness. In Him is ALL truth, ALL life, ALL action…He is all in all. Jesus is the Kingdom, and 1 John 4:17 says, “…as He is, so are we in the world”. So, if Jesus is the Kingdom and you believe in Him and He and the Father have come to live inside of you, what does that make you? The Kingdom.

If, therefore, you are the Kingdom just as He is the Kingdom since, “it is not I who live but Christ within me” (Gal 2:20), then does that make you a sinner-saved-by-grace? Well, I’ll ask it this way, was Jesus a sinner-saved-by-grace? Colossians 1:15 says that Jesus is the firstborn among all creation, meaning He was and is the first example of what the new nature, the fully abiding creation of God, would look like living fully from the Kingdom. He was utterly sinless, completely powerful, the most joyful, fully loving person on the planet, who lived in unbroken fellowship with Holy Spirit and The Father every single day. He came to render the devil utterly powerless, defeat death, end the separation between humanity and their Father, release the nature/Spirit of God into man, and live as our perfect example of how to walk out the new existence He made available to us.

“Very truly I tell you, whoever believes in me will do the works I have been doing, and they will do even greater things than these, because I am going to the Father.” -John 14:12

Romans 6 is one of the most incredible chapters in the Bible to wash yourself in to gain a deep, rich understanding of what Jesus died to give us. Romans 6:5-6 says, “For if we have been united together in the likeness of His death, certainly we also shall be in the likeness of His resurrection, knowing this, that our old man was crucified with Him, that the body of sin might be done away with, that we should no longer be slaves of sin.” Because Jesus died you are a saint and no longer a sinner. In fact, 1 John 2:1 says, “…if anyone sins, we have an advocate with the Father, Jesus Christ the righteous.” Notice how John doesn’t say, “WHEN anyone sins” but he says “IF anyone sins” which means he lived knowing that sin is utterly optional to the believer. It has no power over us any longer.

To the believer sinning is a matter of choice rather than a matter of compulsion. That is good news!! Furthermore, if you do commit a sin while you are existing as a saint, that does not mean you are back to being a sinner. Why? Because your identity is not founded in what you do, but in who you are. When you were born again through your faith in what Jesus did, you became a son or daughter of God. You died with (or as) Christ which means the Father sees you the way He sees His Son, which means that you are blameless and righteous in His sight and His sight is the only version of you that matters. Does that mean you should carry on sinning with no regard to the consequences or Christ’s sacrifice? Of course not! In fact, no true lover of God would ever desire to carry on sinning. Your desires for sin are eligible for complete removal as you renew your mind and feast on the true reality of your righteousness through Jesus. When you begin to grasp what Jesus traveled to this earth to accomplish on your behalf, through the full revelation of the Kingdom, EVERYTHING inside of you will begin to change. Our revelation of The Father’s deep love for us leads us to repentance, or to shift from one lifestyle to another. That’s the power of the gospel!

As for me, after walking with Jesus for 10 years, only in the last year did I come to a revelation of the Kingdom in a way that changed me like never before. I have walked in a level of freedom from sin and offense over these past months that I never knew was possible. Is it possible to live sinless? To attain sanctification or completion this side of heaven? I believe with all my heart that it is possible…when a saint walks fully in abiding union with God through the Spirit. But I will write more about existing from the new nature in posts to come….

Galatians 5:1 says, “It is for freedom that Christ has set us free.” Jesus came to set you free. When you entered the world you entered it being taught that you were a slave to sin. You were a slave to being separated from God. You had no choice, it simply was your existence as it is for any person who is born into slavery. Because of Jesus’ death our existence as slaves ended and an entirely new existence was created for those who would believe. This state of being was not just a way to heaven but a way to bring heaven to earth. In John 8:31-32 it says, “So Jesus said to the Jews who had believed him, “If you abide in my word, you are truly my disciples, and you will know the truth, and the truth will set you free.” When we stay as close to Jesus as is available (the place of abiding), we will come to the knowledge of the truth and that revelatory knowledge is what leads you into the freedom Jesus died to give you. Can you see how it all works together?

But if you never hear this truth, or never search the scriptures for yourself, or never ask Jesus the tough questions you will never come to the knowledge of the truth that allows you to walk as a saint fully entered into the Kingdom and you will remain a “sinner-saved-by-grace” staring at the Kingdom and wondering why their Christian life always feels so powerless.

Jesus came to give us the gospel, a.k.a the GOOD NEWS. His death is good news! His resurrection is good news! The veil being torn is good news! Everything about His life, past and present, is good news and it is our hope. What He died to give you ought to be something you are jealous to walk in if it was important enough for Him to give up everything He could possibly give in order to share it with us. If all His death accomplished was our ability to make it to heaven, something about that doesn’t seem right to me. There has to be more. And the thing is, all it takes is a quick glance through the red letters and literally any of the new testament epistles to see that there most certainly is more; hidden in plain sight.

The Kingdom is in you. You are the Kingdom. You are a king, a priest, a saint, a son/daughter of God! You are called to let your light shine among men and to know and release God’s will from heaven to earth. You are called to love God with all your existence, drive out demons, raise the dead, heal the sick, preach the gospel, make disciples of men, and love men as well as you love yourself. Are you living from this place? If you are, welcome to the Kingdom. If you aren’t, now is not the time to sit in offense or condemnation, it is the time to repent (change your perspective) and ask God for a revelation of what Jesus ACTUALLY accomplished through the cross. Sit at His feet and watch Him unveil truth to you as you sit in the place of humble surrender. There is more, saint. There is so much more.

“Do not fear, little flock, for it is your Father’s good pleasure to give you the Kingdom.”

One thought on “The Gospel of the Kingdom”

Leave me your feedback! Cancel reply 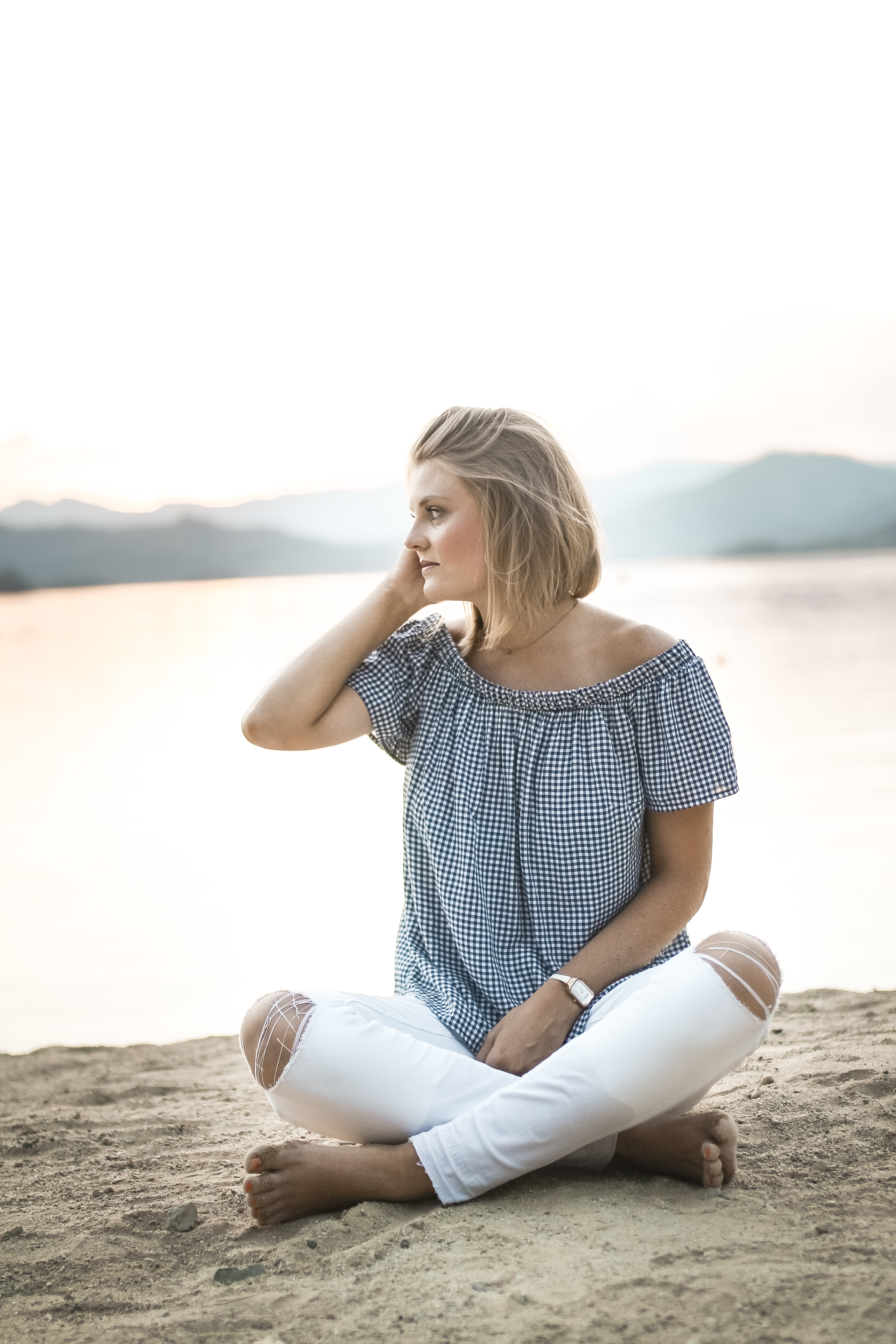